I had planned to do the Rob Roy track, supposedly one of the best day walks in Southern New Zealand, but when I woke up it was cold, windy, and threatening rain. Instead I spent the morning doing laundry and taking advantage of the unlimited WiFi at the restaurant where I was staying. WiFi here is very different than in the States. It tends to be super slow and even the places the place where you pay for it, you only get a certain amount, like 300 MB. After a very slow start to my morning, I began my leisurely drive over Haast’s Pass to the glaciers on the West Coast. 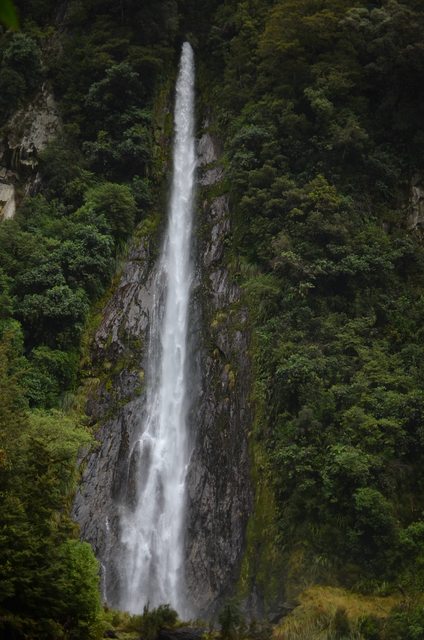 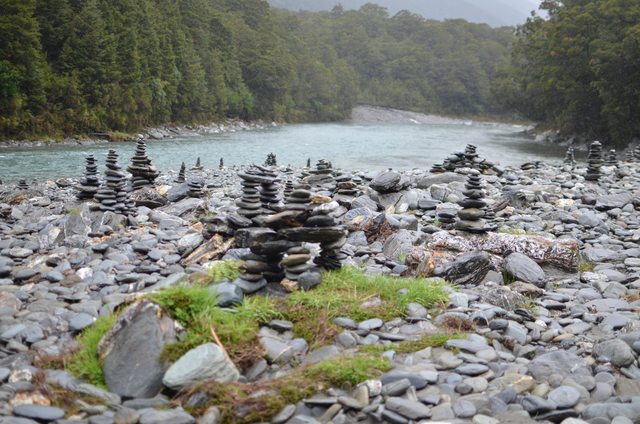 When I say leisurely, I mean I really took my time. I stopped at almost every spot with a little camera sign. I even took a 50 mile detour to go down to Jack’s Bay, a secluded “town” south of Haast. The hours behind the wheel gave me time to contemplate the, at times, overwhelming natural beauty of New Zealand. I know that sounds dramatic, but if nature has never left you breathless, maybe you need to go out and do some more exploring. The feeling comes from awe at the earth and how it formed and how it’s survived and adapated and overcome. It’s appreciation for the people who roamed these thick forests and mountains before airplanes and cars and roads existed. It’s gratefulness that I live at a time when it is so accessible, and I can be here thousands and thousands of miles from my home and experience it. It’s anger at how we destroy and pollute the earth but insist that we don’t. It’s that moment when you’re alone in a forest and everything is covered in green, and the birds are singing, and the crickets are chirping, and for one little second you can almost hear the plants breathing. I’ve felt it before and I know I’ll feel it again, because it’s why I’m here, it’s why I travel, it’s why I camp, it’s to listen to the earth’s heartbeat and remember how very small I am. 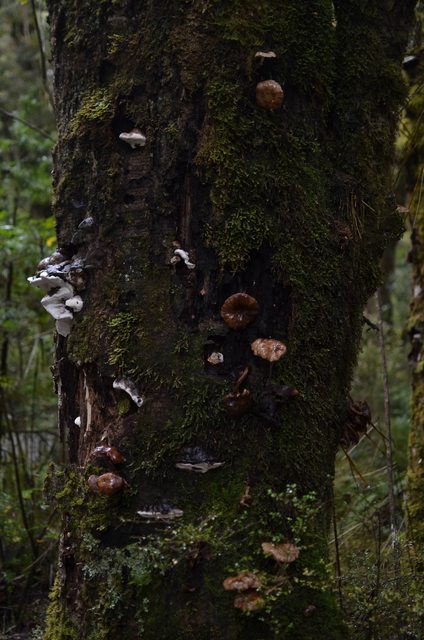 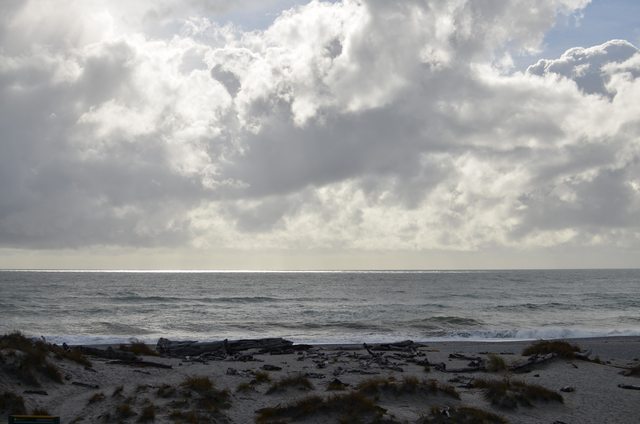 By the time I made it to Fox Glacier, it was nearing six with no hope of squeezing in a small hike. I found a (expensive) spot right in town, and a secluded place to pitch my tent. Maybe a little too far into the rainforest because when I returned from making a dinner I caught a curious Kea trying to open the rainfly. The hostel/campground offered a guided hike to see some glow worms and it was truly magical. I decided to do a second lap of the loop to take some long exposure pictures without the crowd and found it to be not only pointless, but terrifying. There’s nothing like being alone in a rainforest in the pitch black to get your heart rate up. To finish off my spooky night as I was getting ready to crawl into my sleeping bag I spotted huge cricket creeping up the INSIDE of my tent. After a thorough check of bedding and the tent for holes, I determined he must have hopped in when I accidentally left the door open earlier. 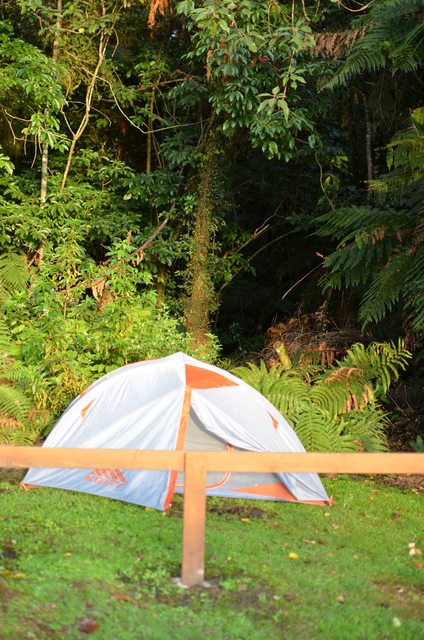 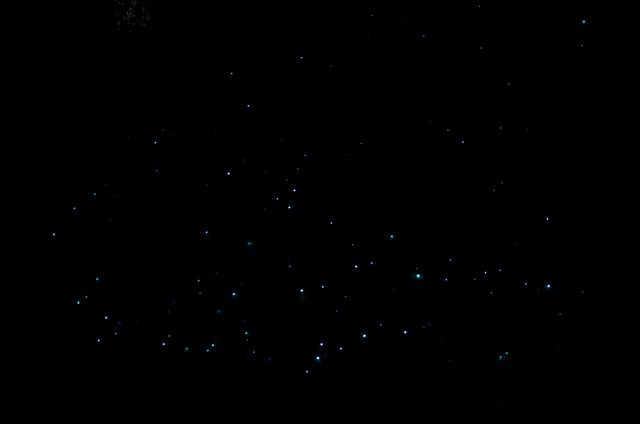 I woke up to the sound of rain on my tent and Keas calling nearby. After a hearty breakfast, I made an attempt to do the walk to the terminal face of Fox Glacier only to find the trail closed and no view of the glacier due to the clouds. Slightly disappointed, I made my way to Franz Josef Glacier only 30 minutes north. I decided I’d try to wait out the rain soaking in the glacier hot pools. Nothing really beats hanging out in an outdoor spa while it’s raining, especially after a week and a half of camping and hiking. The skies really opened up as time went on and I eventually made it back to my car when my fingertips felt like raisins. As the days go on, I have to be more cognizant of the time I have to get back to Christchurch. I would have liked to stay another day and wait for the rain to clear, but that would mean not being able to see the North Coast. 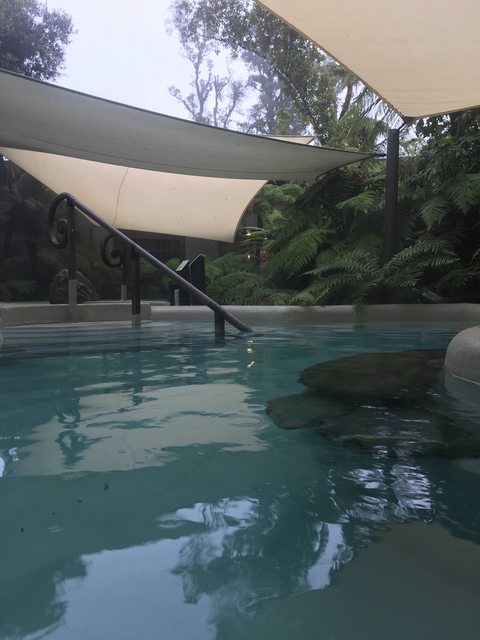 I completely gave up on the glacier and started a crawling drive up north in some of the worst rain I’ve seen in a long time. Clouds blocked the sun, and the rain was really drumming down, but for some reason motorhomes were still whipping around 25 kph turns like they were in a sportscar. Outside of a stop in Hokita, a small twon with lots of crafts shops, I drove straight through to Greymouth. By the time I reached the small coastal city, I had my heart set on a warm, dry bed and found one at Noah’s Ark Backpackers. For only $10 NZD more than a campsite, I wouldn’t have to spend the night in a wet tent or the next day trying to dry said tent in my car. It (theoretically) gave me time to complete some homework and visit the nearby Monteith’s brewery. Sounded like a good deal to me! 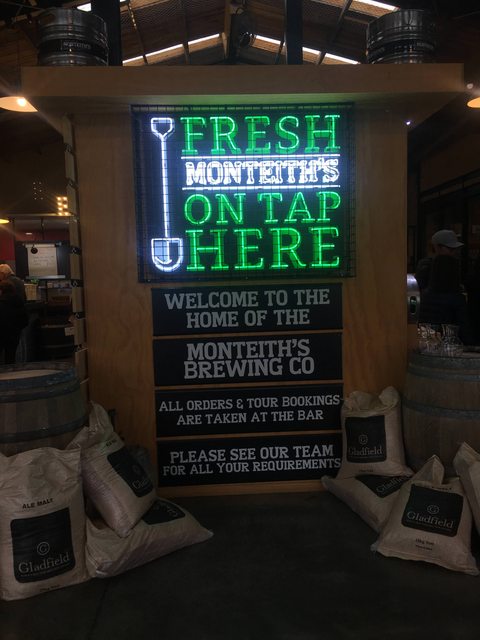 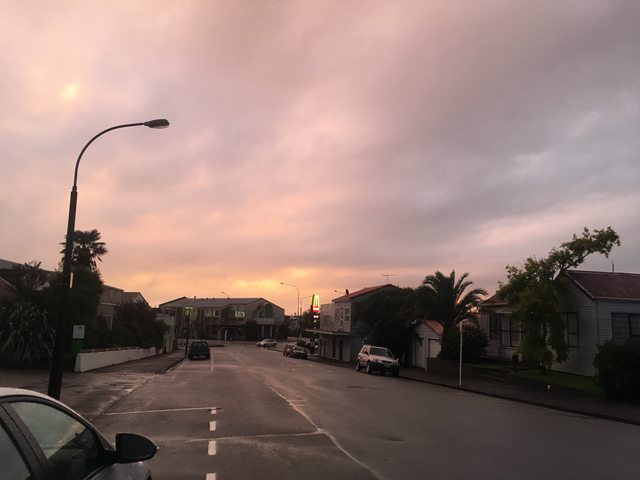 Feeling refreshed after my first night in a real bed in a week and a half, I continued my drive up the west coast. After a quick stop at the pancake rocks, I made my way to Fox River to attempt the hike to fox river cave. A local informed the Track was closed but encouraged me to do it anyways. It was a nice hike and the cave was impressive. However because I was alone I decided not to actually enter the cave, partially from fear of the dark, partially for my own safety. On my way back, karma caught up to me for entering the closed trail and I slipped and stuck my hand and knee into the poisonous Ongaonga. After the initial painful, stinging wore off, my hand was left numb for the rest of the day. 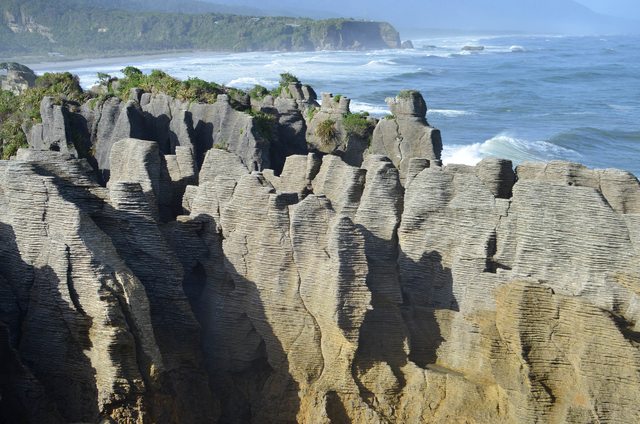 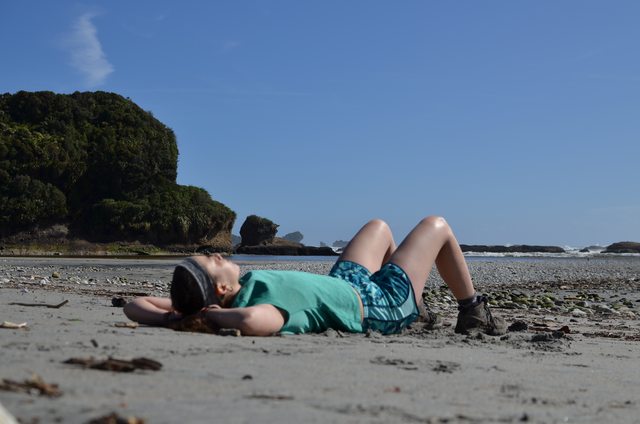 I had a late lunch on the beach, I continued my drive up the west coast through the rainforest and sandy beaches before cutting inland and making my way towards Abel Tasman Park. I made a stop at Buller Gorge Swing Bridge in the middle of nowhere and had the opportunity to zip line across the river (Video of Zipline). I camped out in the free Alexander Bluff Road Reserve where I repeated one of my Dads favorite backpacking stories and dumped my pasta on the ground while I was straining it. Combined with losing some pasta when I accidentally ripped open the bag, I no longer had an issue of having having too much food for the time I had left. 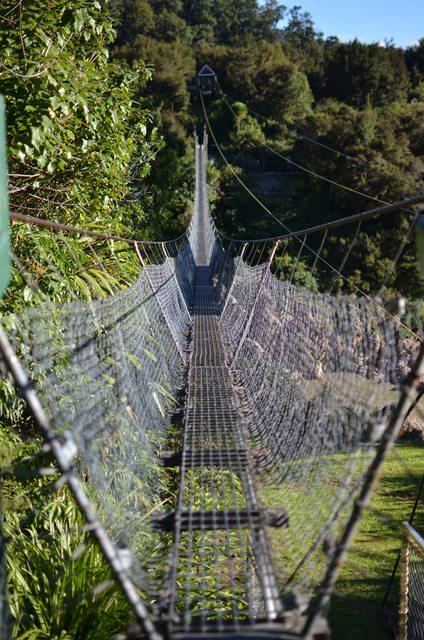 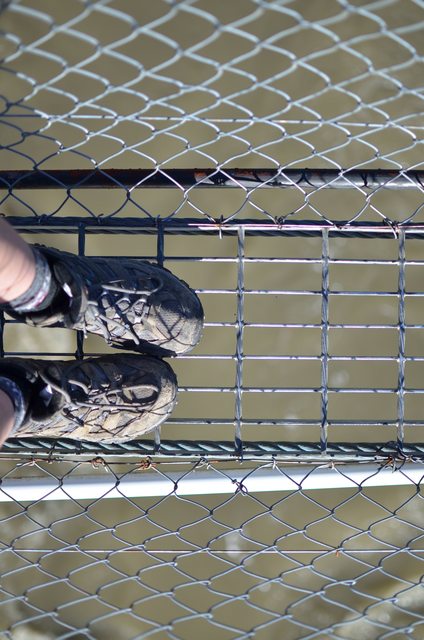